We exceeded our goal of $200,000 and raised a total of $223,559 for year five of The Hendricks Challenge! The second floor received a complete renovation with classrooms receiving LED lighting, new ceilings, and flooring. In addition to new lockers, all second-floor corridors have been remodeled with new lighting, ceilings and carpet tiles. Each of the four main stairwells has been rebuilt to include new lighting and ceiling tiles. The stair treads and landings have new rubberized covers and all banisters were painted. The gym received a new floor that has been sealed and new ADA-compliant bleachers will be installed in the coming weeks! The new fiberglass, motorized bleachers will have the capacity to seat over 1,000 fans! 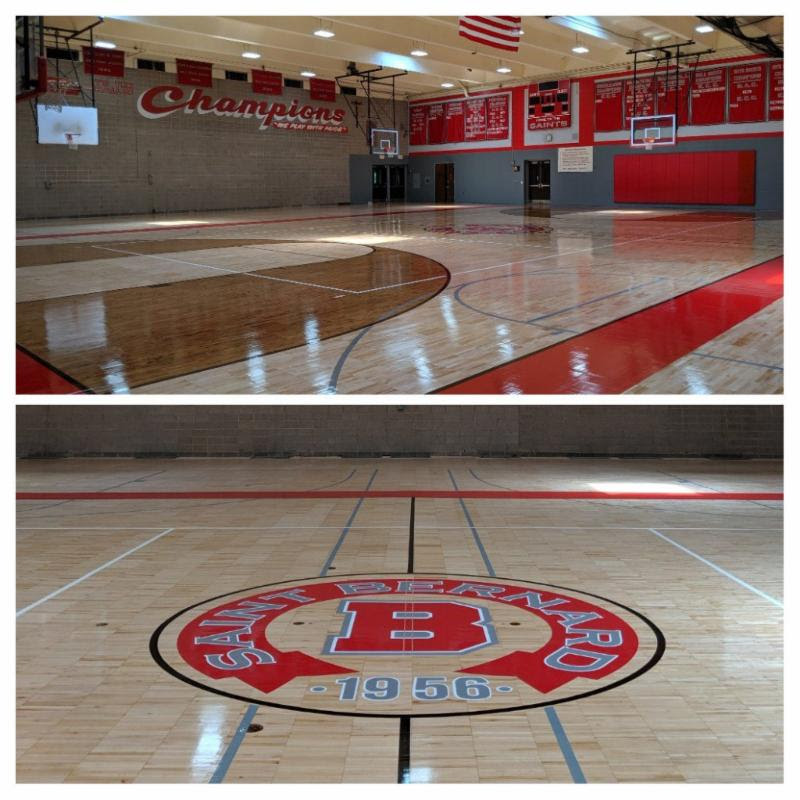 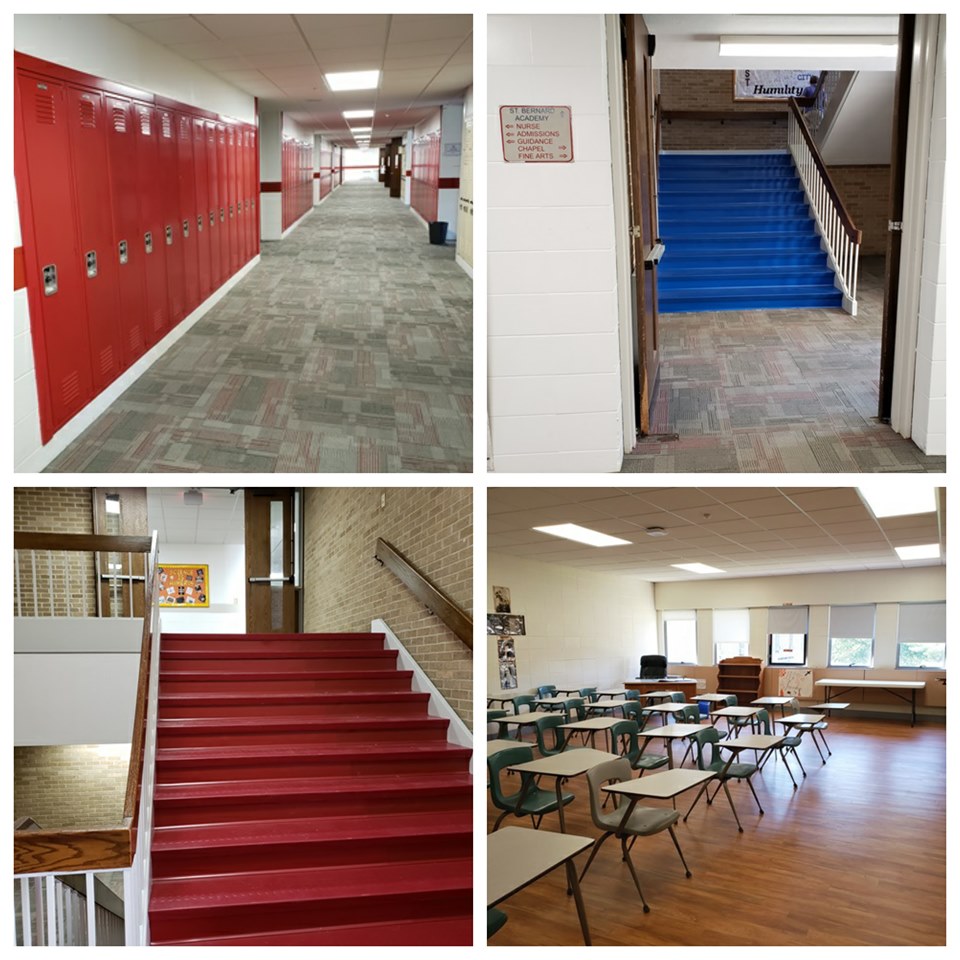 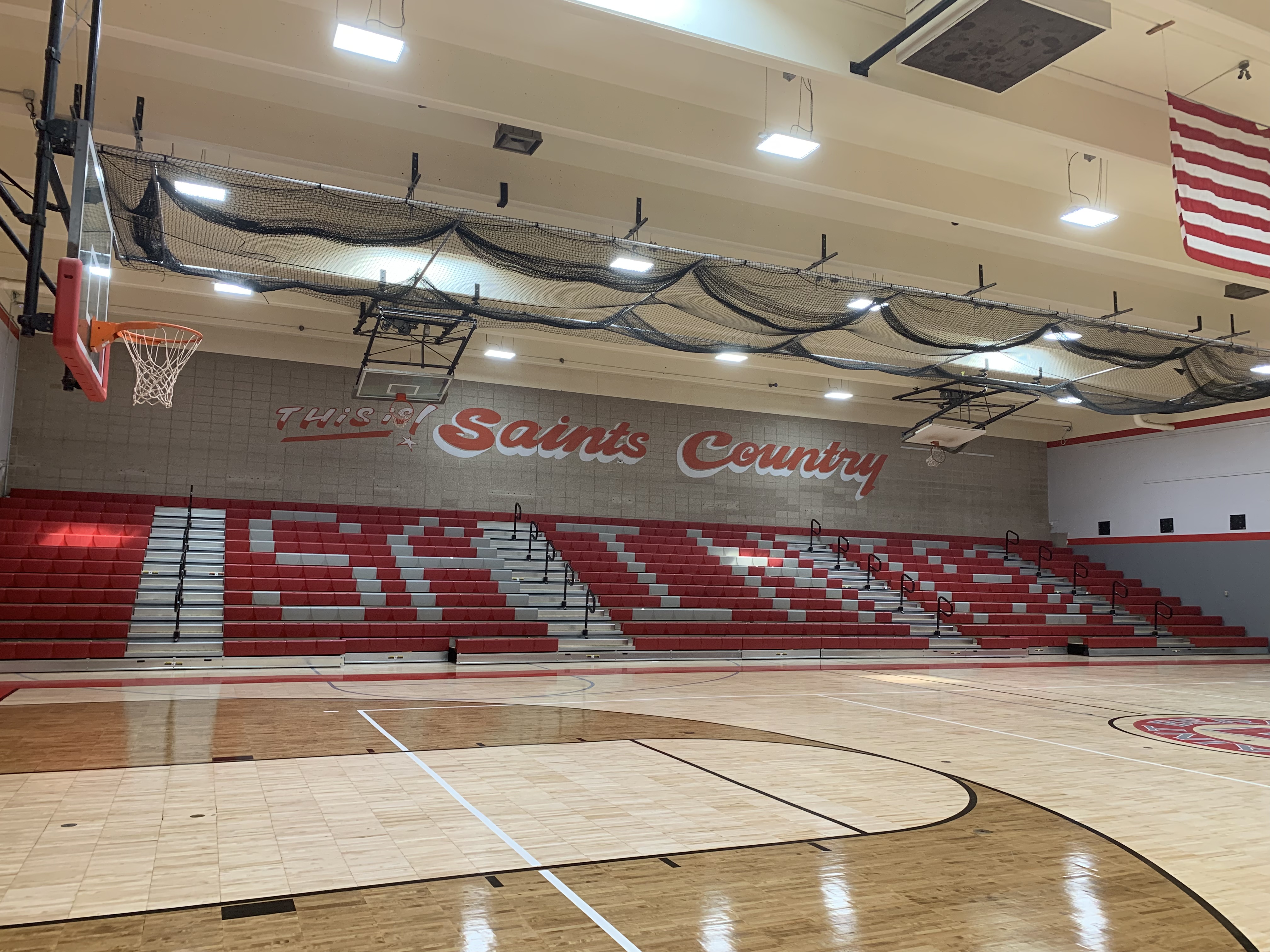 We exceeded our goal of $200,000 and raised a total of $200,335 for year four of The Hendricks Challenge! The main office, cafeteria, library and media center were renovated with new ceiling, lighting, paint, carpet, work stations and furniture. 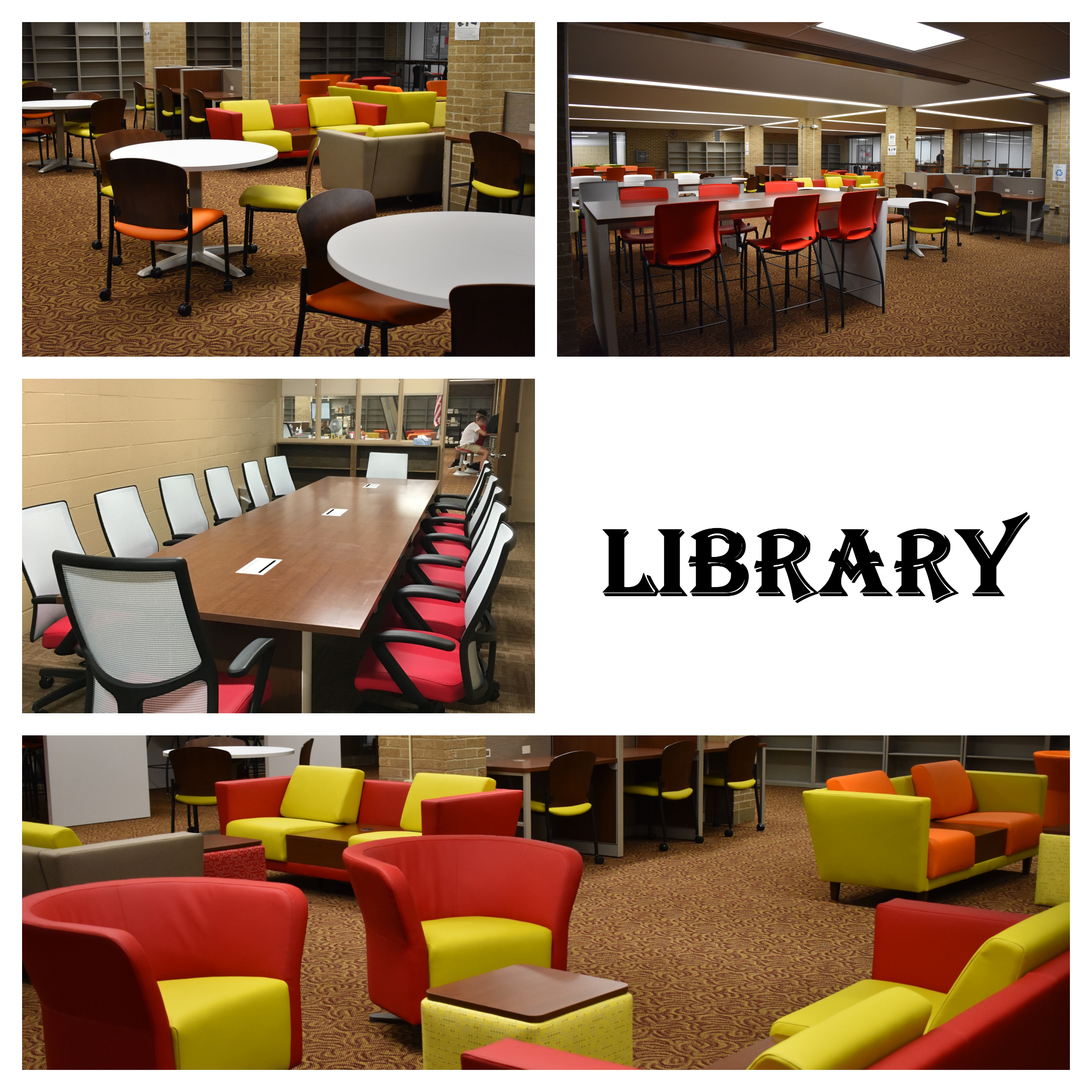 We exceeded our goal of $200,000 and raised a total of $200,133 for year three of The Hendricks Challenge! The main lobby has been spruced up with a fresh coat of paint, stone flooring treatment, new ceiling and lighting. A security vestibule, new doors and glass facade have also been installed. Seating areas will be added for the enjoyment of students and guests in September.The remaining downstairs hallways have received new ceiling tiles, carpet and lighting so that the entire first floor has a consistent appearance. The four student restrooms on the first and second floor have all been renovated. Senior lockers were replaced and classrooms have received new projectors and white boards. The sound system and lighting in the auditorium have received a much-needed overhaul.

Thank you to all the alumni, parents and friends who donated to The Hendricks Challenge in the last fiscal year. We truly appreciate your support in exceeding our goal! 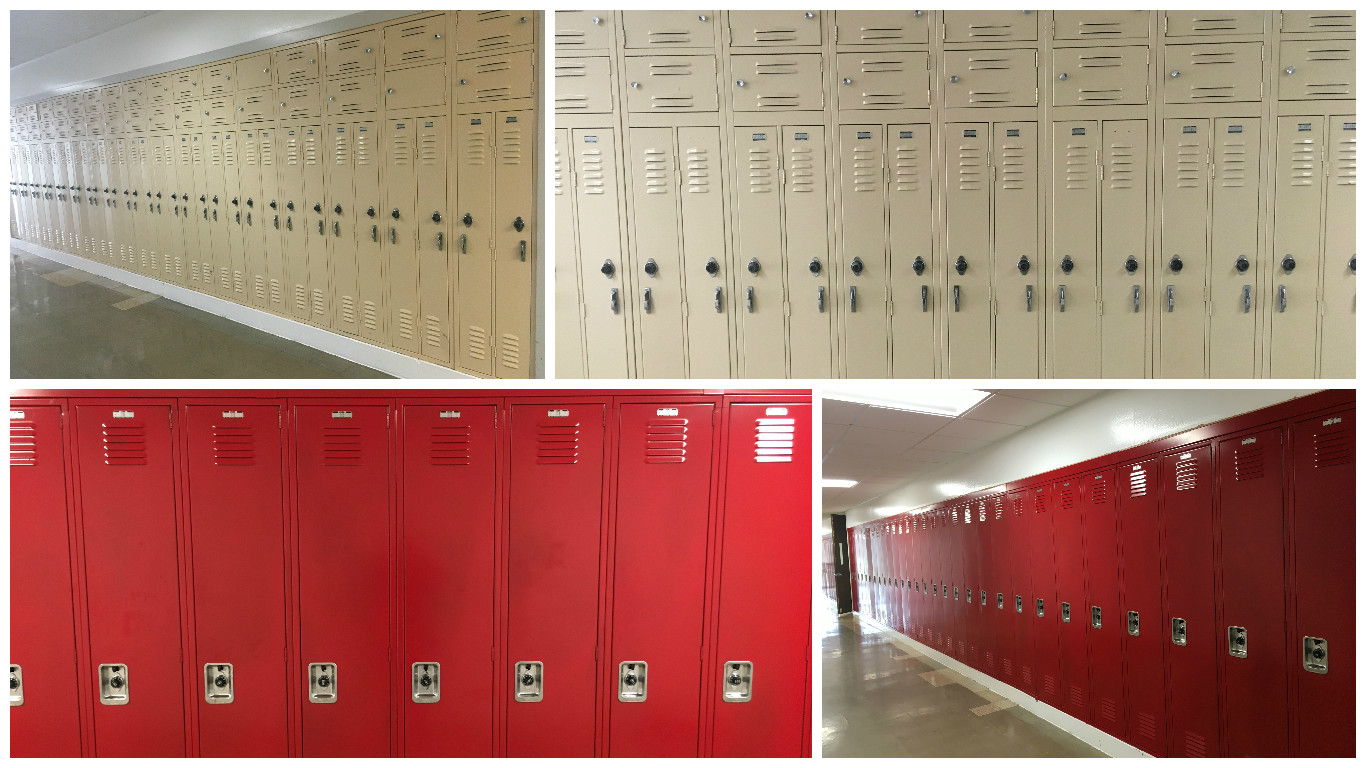 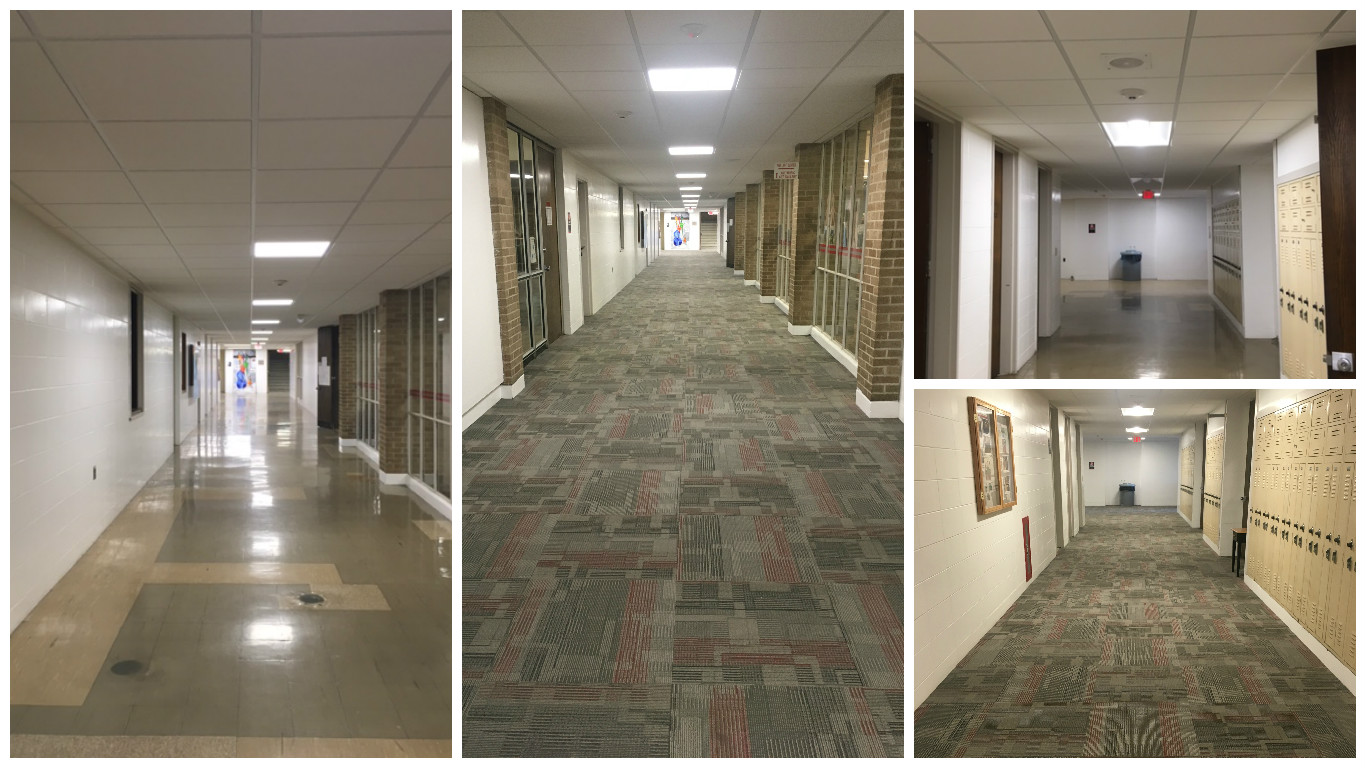 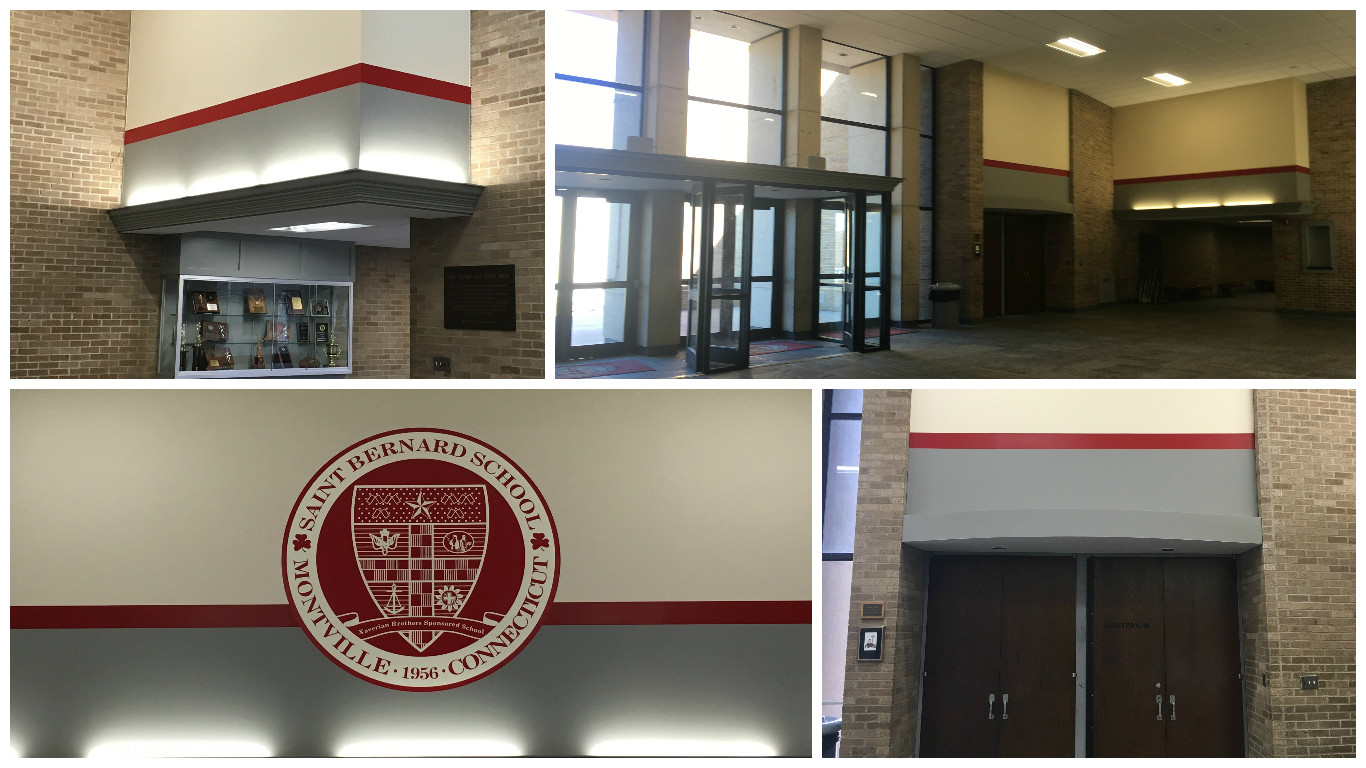 We ended the second year of The Hendricks Challenge raising $547,789.88. Thank you to all the alumni, family and friends for their donations. And thank you to the Diocese of Norwich and the Hendricks Foundation for their matching gifts. We truly appreciate all the generosity and support.

Donations made supported projects that occurred over the summer and fall of 2016 which included a complete renovation of our chemistry lab. The project added new work stations, storage, student desks, an exhaust hood, safety equipment and new ventilation. Two main corridors were upgraded with carpet tiles, new ceiling tiles and lighting leading to the cafeteria and "sunshine hallway". The doors to the gymnasium were all replaced and the curtain in the auditorium was re-rigged.

Here are some photos of the before and after work! 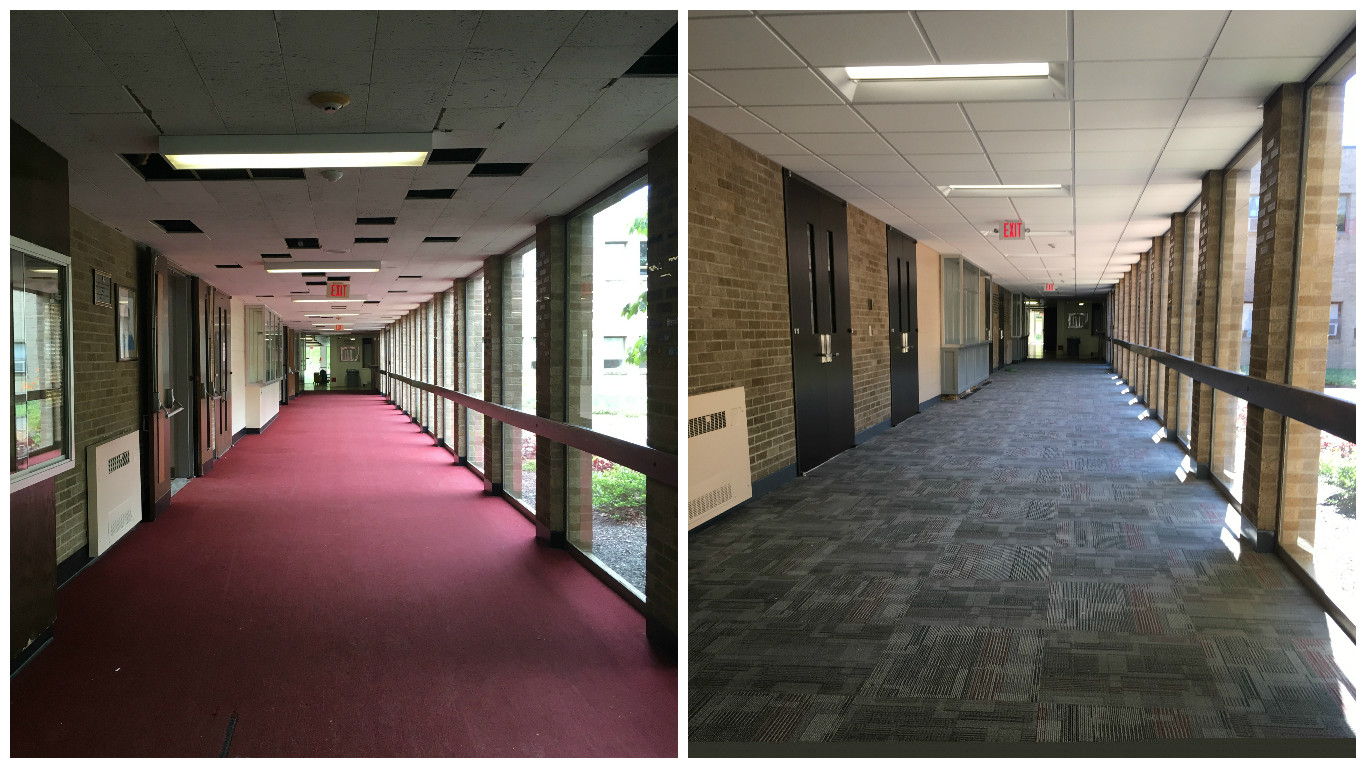 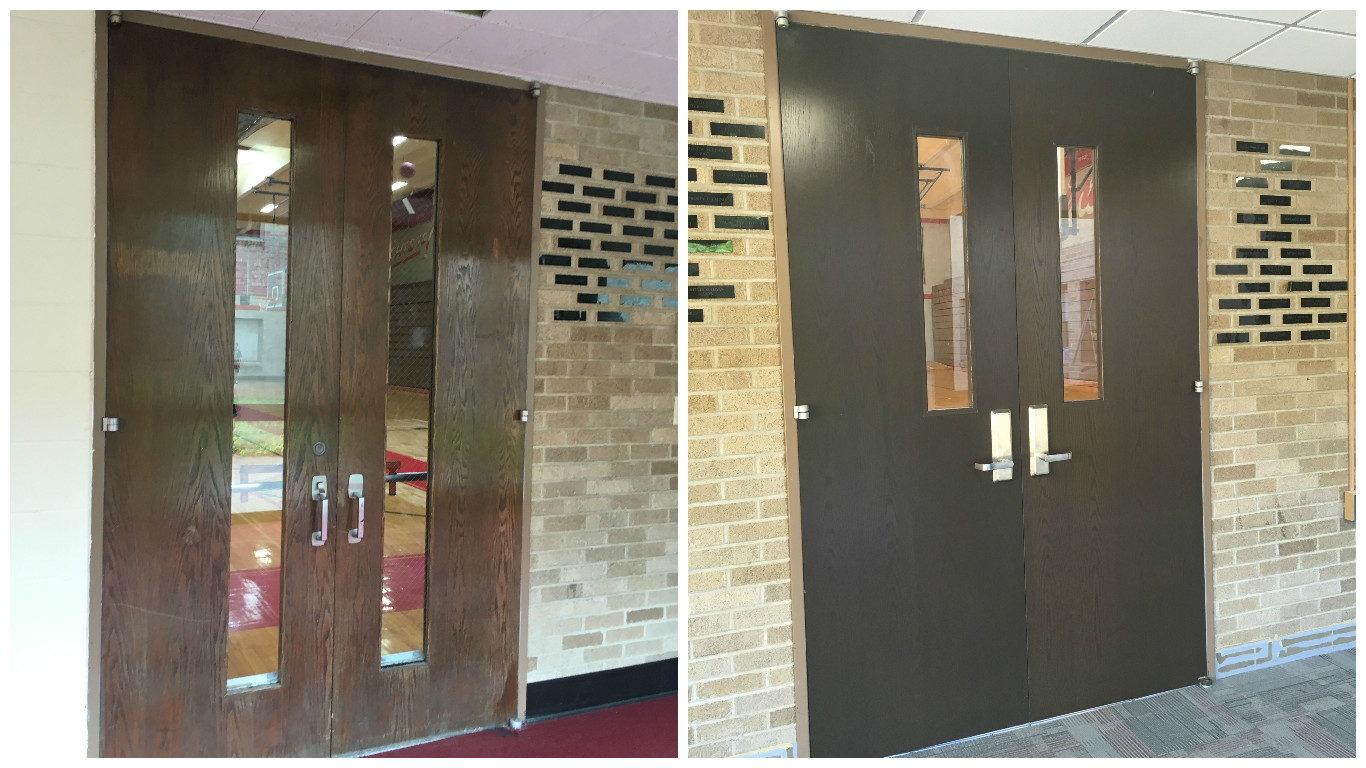 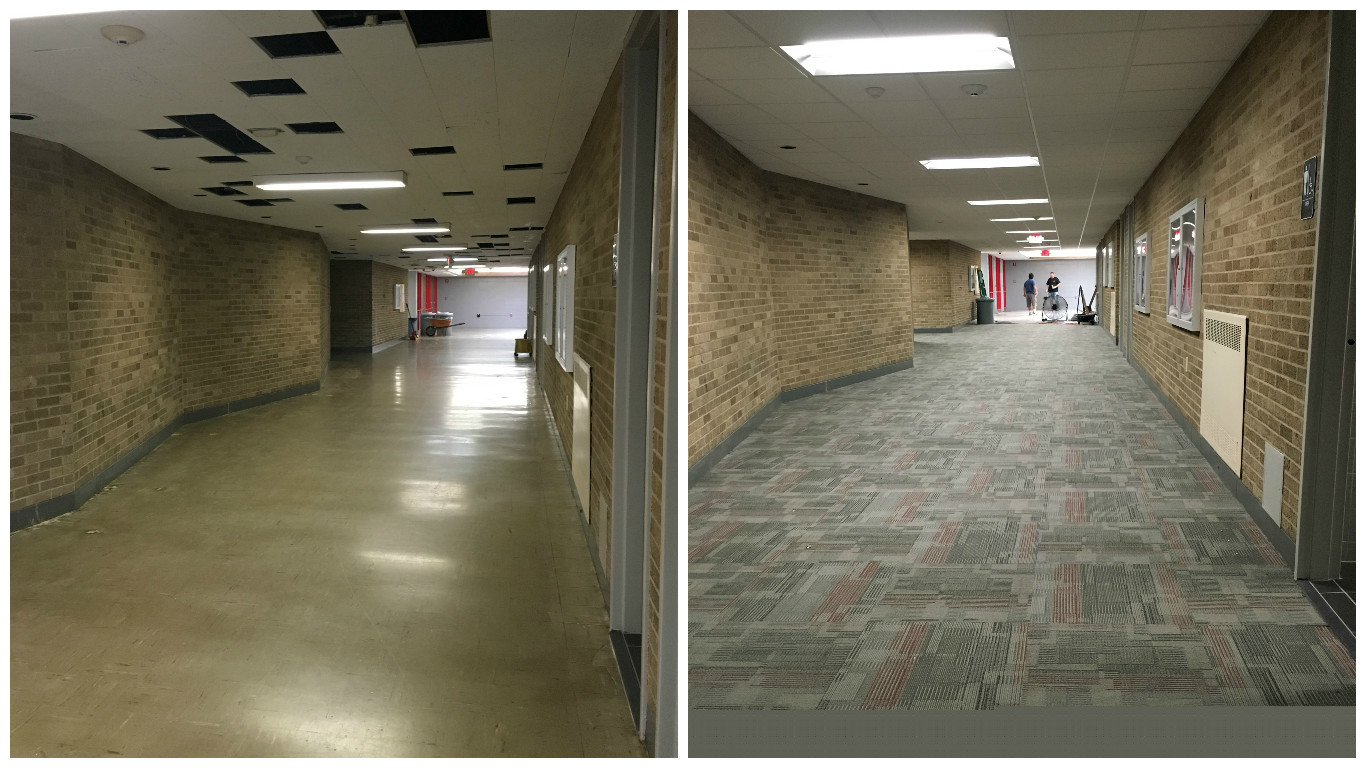 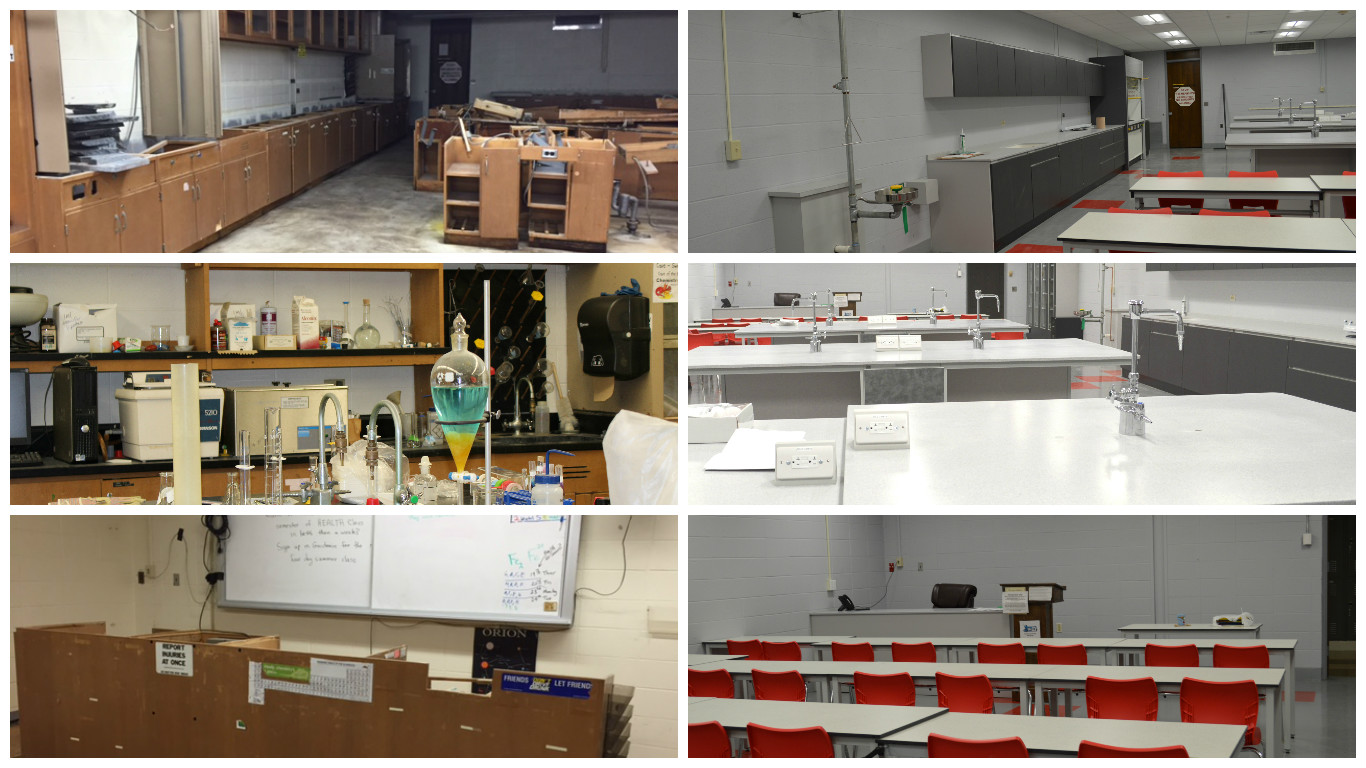 The first year of The Hendricks Challenge was a great success, and we exceeded the goal of $600,000! Facilities renovations began shortly after school ended in June when exterior doors were replaced in two critical areas of the building. The two main restrooms across from the auditorium have been completely renovated with new flooring, wall tiles, sinks and stalls. Our largest project was the overhaul of our technology infrastructure. Our entire building is now wireless which enables us to allow students to bring their own device. Teachers are now able to incorporate more sophisticated technology into their lessons. In addition, on June 30th, representatives from Marist College delivered 100 desktop computers that are now being used in the library and media center.

“I am offering this challenge gift because I believe in Saint Bernard. It gave me a great academic start in life and I would like future generations to reap the same benefits that I did, going forward," Mrs. Hendricks says. “I hope that others will feel as strongly as I do about this school and will give as much as they can to keep this great school going."

Funds received from this campaign will support facility improvements, including new science labs, complete classroom renovations, bathroom renovations, cafeteria remodeling, new flooring throughout the building and new student lockers. Lighting in the parking lot will also be upgraded to be more energy-efficient, and exterior doors will be replaced throughout the building.