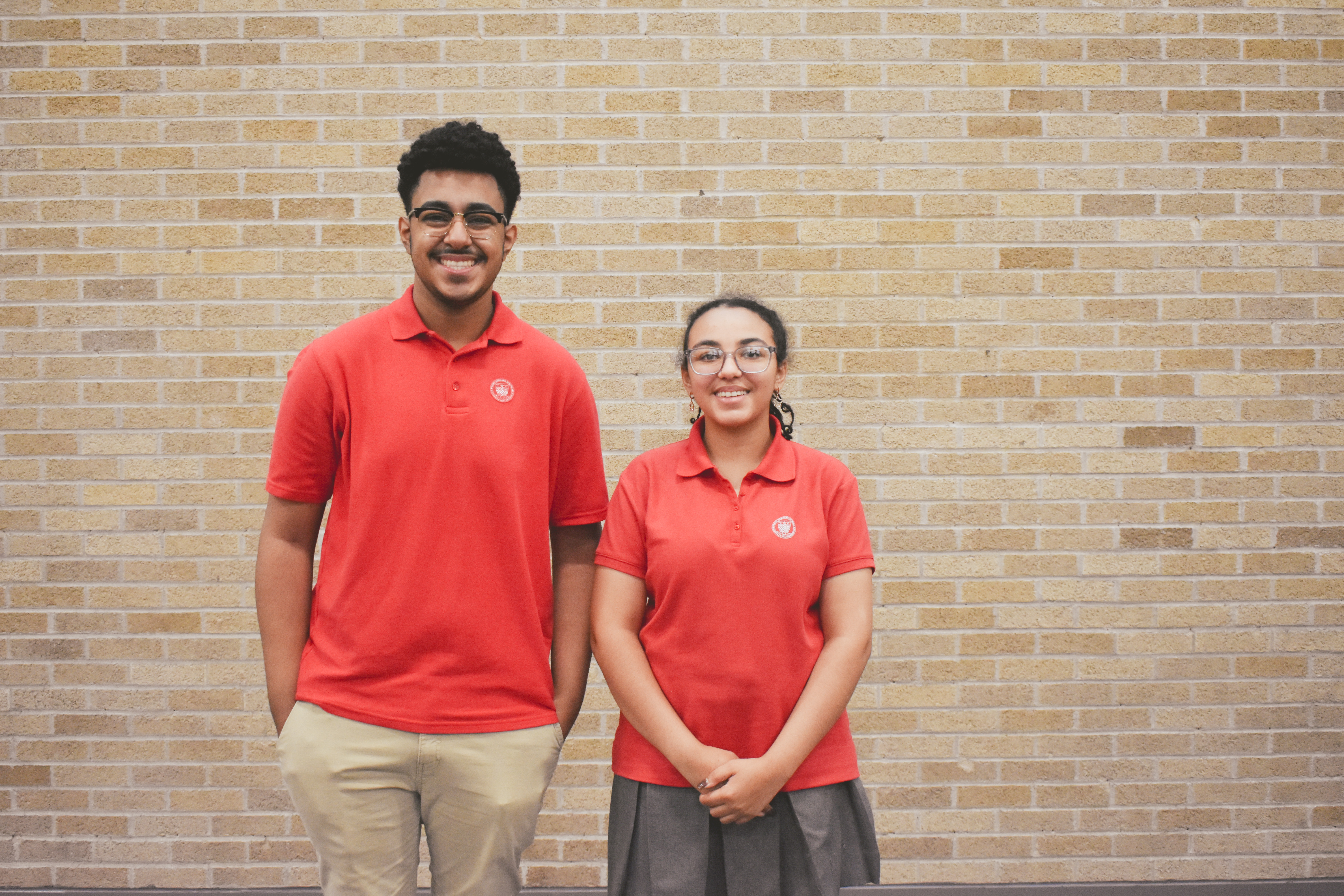 Saint Bernard seniors Angeljolee “Jojo” Carter and JoseManuel “Manny” Castillo have been named as two of the 2021 Dr. Martin Luther King, Jr. Scholars. They will each receive a $20,000 scholarship from the Scholarship Trust Fund to attend a college of their choice.

Jojo Carter has been aware of the MLK scholarship since she was a young child and knew that she would apply for it her junior year of high school. “When I won the scholarship, I was speechless,” said Carter. Her parents were with her during the Zoom meeting when it was announced, and she said the room was full of joy when they all heard the good news.

Carter came to Saint Bernard School after graduating from Saint Joseph School in New London. When applying and interviewing for the scholarship, Jojo said she was able to draw upon the skills and experiences that she has learned in the classroom at Saint B’s. She is incredibly grateful to her English teachers who have helped her to become a more sophisticated public speaker and a strong writer. These are two skills she knows will help her in college and throughout life. In the short term, her writing skills will be put to good use when applying for other scholarships and with her college applications.  Jojo is planning to major in Criminal Justice and is considering schools in the Boston area such as Northeastern University, Boston College, and Boston University.

Manny said all of his life his mom has been telling him to work to the best of his ability and to apply for scholarships. Her support and encouragement has given Manny the drive to do well academically and reach high. “My first scholarship was to Sacred Heart School in Groton. Then, I received a scholarship to attend Saint Bernard School. Now, with the MLK scholarship, I will be able to go to a four-year college,” said Castillo. He plans to study Computer Science at the University of Connecticut.

The faculty and staff of St. Bernard School is incredibly proud of both scholarship recipients. They truly exemplify the school’s mission of ‘Scholarship, Spirit, and Community.’