December 21 Students of the Month

December Students of the Month Named 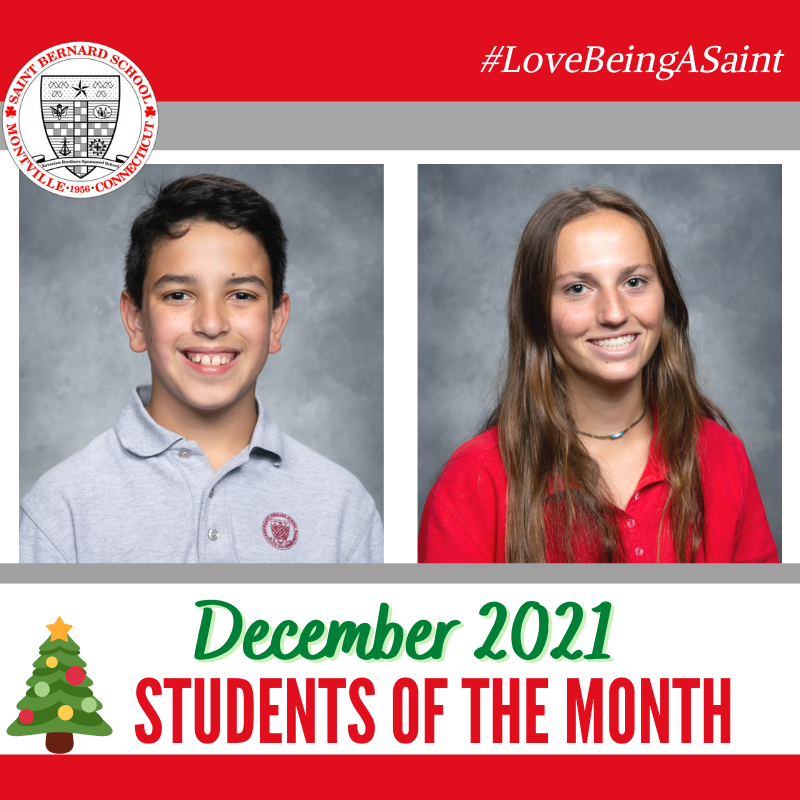 Congratulations to the December Students of the Month at Saint Bernard School: Mitchell Graul, a seventh-grader, and Elizabeth “Liz” Hannaford, a senior.

These students were nominated by their teachers for exhibiting the Xaverian values of humility, trust, compassion, simplicity and zeal.

His teachers says he is kind, attentive, and helpful to other students. He works hard and is quick to help classmates who are struggling.

Liz, 18, of New London, is a member of the girls’ varsity soccer and lacrosse teams, mock trial, debate club, National Honor Society, Spanish Honor Society, and “A Voice for the Voiceless” social justice awareness club. Outside of school, Liz participates in the Southeast Soccer Club. She was also elected senior class president.

Teachers say Liz possesses a quiet strength and modesty, and shows great generosity to her teammates and other people around her. “Liz wants to do well, and she wants everyone else to do well, too--and she's willing to put in a lot of effort to make that happen,” says Ms. Fowler.

Liz says she enjoys having the ability to be involved in many different activities outside of the sports that she plays.

“Saint Bernard School has helped me embrace different aspects of my life through academics and athletics, which has helped me become a well-rounded person,” she says.