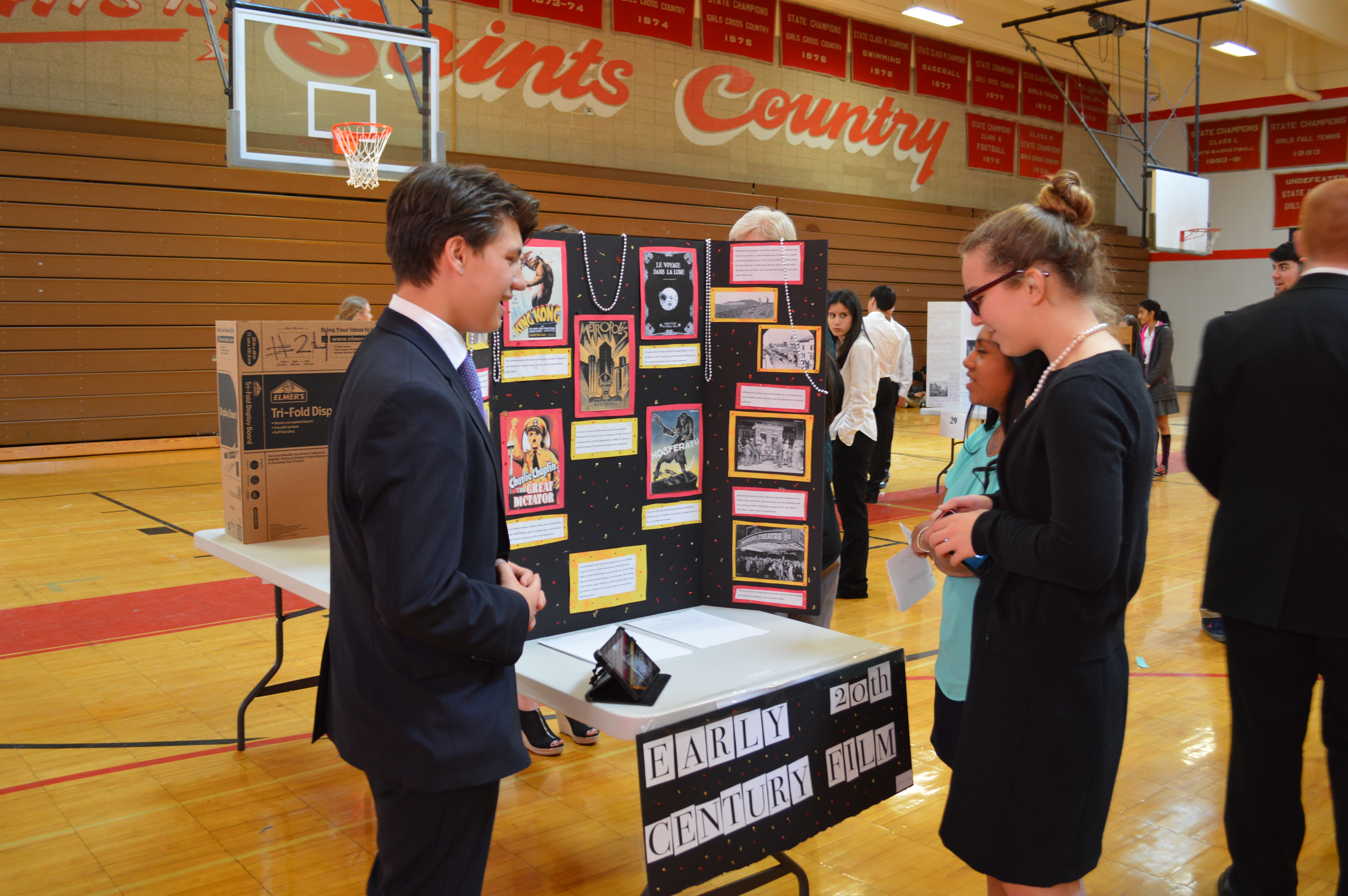 Nine people wandered around the Saints gym with clipboards on February 26, taking in every detail

from the history projects that lined rows of tables. They had the easy job – judging. Things were a bit

more nerve wracking for the sophomores, on the other hand, who were grilled about their National

Clad in a business suit and tie, Henry Cox answered questions about why he chose to focus on 19 th

pick a topic he is passionate about.

Students created exhibits, documentaries and websites to present their knowledge on historical

subjects, which included Mount Everest, the 19 th Amendment, the Titanic, underwater exploration, The

Angela Abraham and Emily Smith created a display all about the Waco siege in Texas, which entailed a

51-day standoff between government agents and the Branch Davidian religious sect in 1993. At least 74

people, including 25 children, died when fire consumed the ranch at Mount Carmel where David Koresh

and his followers were located. There had long been allegations of child abuse and illegal weaponry

“It’s interesting because it was so recent in history and it still happens today,” Emily said.

Judges were comprised of former and current faculty, community members and parents. Among them

was Wayland Currie, former history teacher and SBS alumnus from the class of 1963.

state contest on April 30 at Central Connecticut State University in New Britain. Those students are: Liv